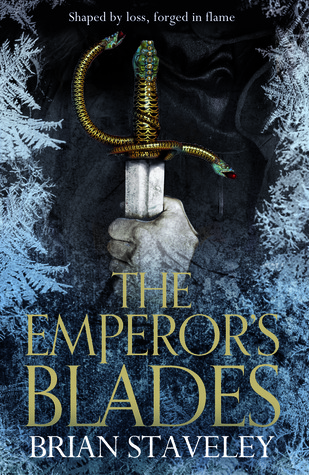 The circle is closing. The stakes are high. And old truths will live again . . .

The Emperor has been murdered, leaving the Annurian Empire in turmoil. Now his progeny must bury their grief and prepare to unmask a conspiracy.

His son Valyn, training for the empire’s deadliest fighting force, hears the news an ocean away. He expected a challenge, but after several ‘accidents’ and a dying soldier’s warning, he realizes his life is also in danger. Yet before Valyn can take action, he must survive the mercenaries’ brutal final initiation.

Meanwhile, the Emperor’s daughter, Minister Adare, hunts her father’s murderer in the capital itself. Court politics can be fatal, but she needs justice. And Kaden, heir to an empire, studies in a remote monastery. Here, the Blank God’s disciples teach their harsh ways – which Kaden must master to unlock their ancient powers. When an imperial delegation arrives, he’s learnt enough to perceive evil intent. But will this keep him alive, as long-hidden powers make their move?

You know how much I love epic covers, and this cover screams READ ME! So I shall, hopefully!

The story sounds amazing, and I think it’s exactly the kind of book I’ll love, so I’m looking forward to it with bated breath!

Here are the details of the US version: 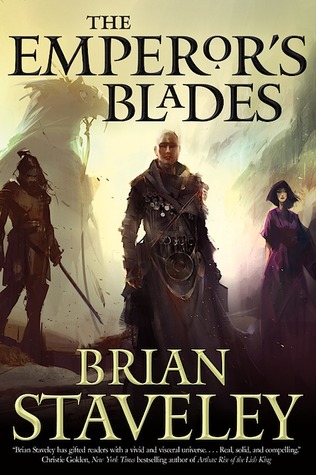 When the emperor of Annur is murdered, his children must fight to uncover the conspiracy—and the ancient enemy—that effected his death.

Kaden, the heir apparent, was for eight years sequestered in a remote mountain monastery, where he learned the inscrutable discipline of monks devoted to the Blank God. Their rituals hold the key to an ancient power which Kaden must master before it’s too late. When an imperial delegation arrives to usher him back to the capital for his coronation, he has learned just enough to realize that they are not what they seem—and enough, perhaps, to successfully fight back.

Meanwhile, in the capital, his sister Adare, master politician and Minister of Finance, struggles against the religious conspiracy that seems to be responsible for the emperor’s murder. Amid murky politics, she’s determined to have justice—but she may be condemning the wrong man.

Their brother Valyn is struggling to stay alive. He knew his training to join the Kettral— deadly warriors who fly massive birds into battle—would be arduous. But after a number of strange apparent accidents, and the last desperate warning of a dying guard, he’s convinced his father’s murderers are trying to kill him, and then his brother. He must escape north to warn Kaden—if he can first survive the brutal final test of the Kettral.

The two blurbs are quite different, and I like the contrast between the covers. I also like that the cast hasn’t been white-washed in the US version 🙂

6 Responses to “Waiting on Wednesday 58”